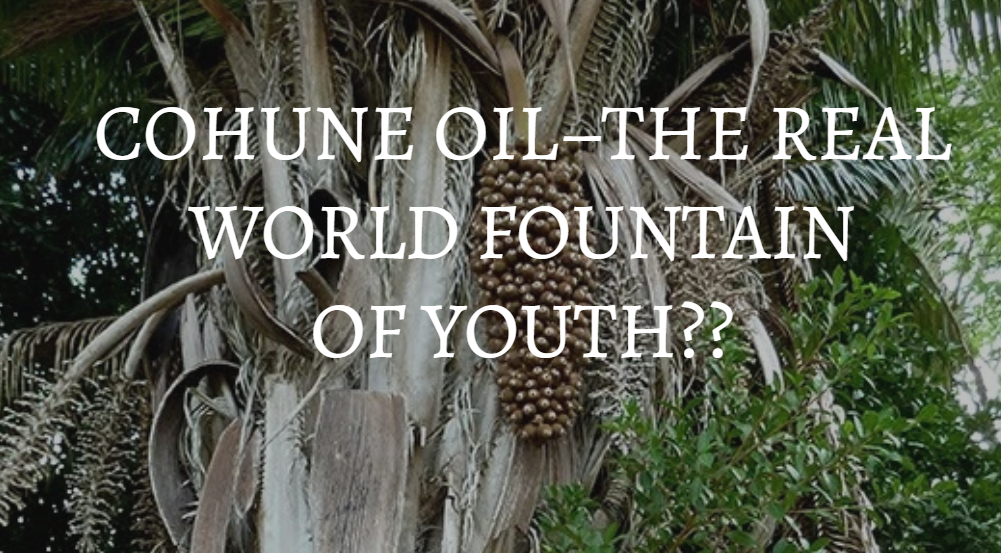 With all the hype around Ketosis, Keto-Friendly diets, Paleo diets, and every other high fat low carb diet out there people are looking for a good high-quality source of fat! I’d like to share yet another gem of the jungle!  Belizean Cohune Nut Oil, supplied by Maya Mountain Coffee and Spice Company in conjunction with Sowing Seeds in Belize.

So, what is Cohune Nut Oil and how can it benefit me??

Cohune oil has been used by cultures in southern Mesoamerica since the pre-Columbian era, specifically, by the Maya. Uses of the oil include cooking, soapmaking, lubrication, and even as a lamp oil.
Cohune oil is made up of the following portions of fatty acids: (Courtesy Wikipedia)

Ready to make it part of your daily routine?

It’s a simple daily treat–blend 1 Tbsp of Maya Mountain Cohune Nut Oil in your first cup of Belizean Coffee or maybe your first cup of Rainforest Red Tea, or even as an addition to your nighttime mug of Golden Milk…

**The content in this email is intended for informational and educational purposes only and are not intended as medical advice. Consult a healthcare professional for medical diagnosis, advice, and treatment.

How to Lose Weight at a Desk-Sitting Job?

Sobi - July 21, 2018 0
Most contemporary money-bringing jobs are related to desk-sitting. While you can earn your leaving easier, it’s also much easier to get extra kilograms and...

How to Use Hand Blenders to Make Healthy Smoothies

Sobi - June 15, 2018 0
The hand blender is probably the handiest kitchen tool/appliance. It is also known as immersion blender or stick blender which can make endless Smoothies,...

Sobi - October 31, 2018 0
Yerba Mate is an herbal tea which is made in the way of steeping the dry twigs and leaves from a Mate plant in...

Sobi - January 22, 2019 0
Make a fitness goal Only people who get to their destination are those with the defined target from the start. When you don't have a...

Sobi - August 27, 2018 0
Probably, you have had short hair for a while and have now settled to let it grow a little longer. Once, your hair will...

Tips for Where To Start With Fat loss